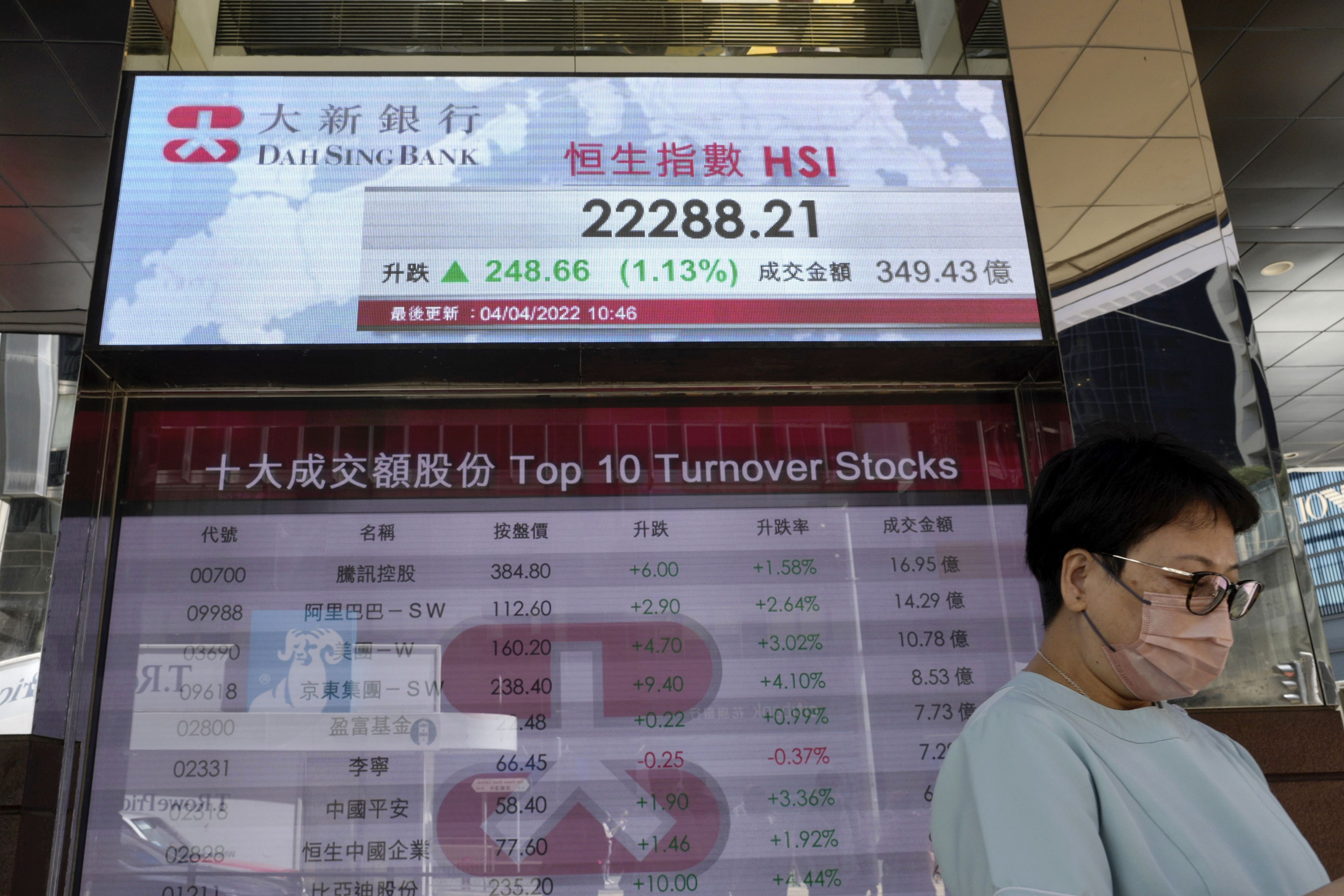 BANGKOK – Stocks in Asia were mostly higher on Monday as gains carried over from a strong end of last week on Wall Street.

Tokyo, Hong Kong and Seoul advanced while Shanghai was closed for a holiday. Oil prices rose and US futures were little changed.

Analysts said Friday a healthy report on the US job market Concerns about the recovery from the pandemic eased, but also increased the likelihood of further rate hikes.

Shares of Chinese companies traded in Hong Kong rose after a report that regulators in Beijing have agreed to give US regulators full access to their scrutiny of those whose shares are listed in New York.

Chinese financial magazine Caixin reported that China has proposed revising rules restricting the sharing of financial data by offshore-traded companies in a bid to settle a protracted dispute that could see more than 200 Chinese stocks delisted from US stock exchanges will. It would remove the requirement that on-site inspections of overseas-traded Chinese companies be conducted primarily by Chinese regulators, Caixin said.

On Friday, the S&P 500 was up 0.3% to 4,545.86. The benchmark index posted a modest gain this week, its third straight rise amid ongoing concerns over high inflation, higher interest rates from the Federal Reserve and the economic impact of the war in Ukraine.

The government report, which showed employers added 431,000 jobs last month, was slightly below economists’ expectations for 477,500 jobs, but included a revision of earlier months’ data to reflect more strength. It showed wage increases for workers accelerated last month, but at a slower pace than headline inflation, while the unemployment rate improved to 3.6% from 3.7%.

A strong job market and economy give the Federal Reserve more leeway to raise interest rates sharply to stem the price surge sweeping the country. The Fed has already hiked its key federal funds rate once, the first such hike since 2018. After Friday’s jobs report, traders increased bets that the Fed will hike rates by twice the usual amount at its next meeting.

in the the bond marketThe yield on the two-year government bond neared its highest level in more than three years, jumping to 2.45% from 2.28% late Thursday.

The two-year yield again outperformed the ten-year yield, which also rose, but not as quickly. Early Monday, the 10-year yield was 2.41%, up from 2.38% on Friday.

The two-year yield last week beat the 10-year yield for the first time since 2019. This is seen as a potentially ominous sign that a recession is imminent.

But it’s not a perfect indicator, and some economists say markets could be distorted by extraordinary measures by the Federal Reserve and other central banks to keep interest rates low.

Oil and gas prices have risen as demand recovers from the lows the COVID-19 pandemic. The invasion of Ukraine by Russia, a major oil and gas producer, has increased the risk that sanctions and export restrictions could cut supplies.

A barrel of US crude was up 2 cents to $99.29 a barrel in electronic trading on the New York Mercantile Exchange early Monday. It fell 1% on Friday to $99.27. It briefly touched $130 early last month when crude oil supply disruptions were at their peak.

The 2022 GRAMMYS were filled with memorable performances that kept us entertained all night!

"What we have done is amazing"