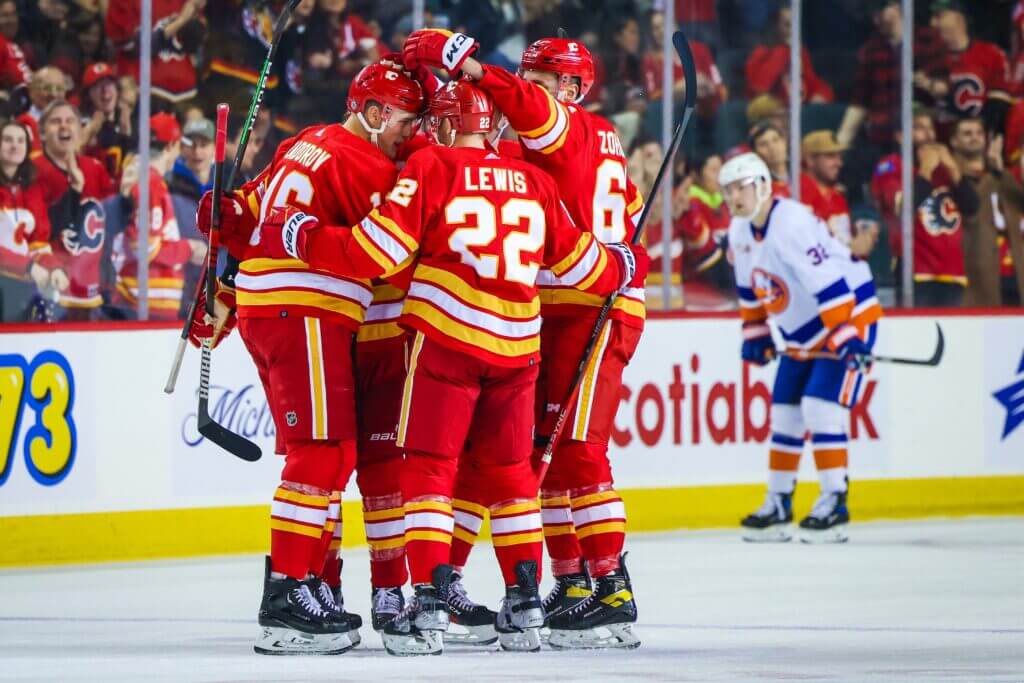 The General Managers of the National Hockey League have certainly taken note of the performance of the phenom Connor Bedard at the recent World Junior Championships. Bedard is already being compared to the likes of Sidney Crosby and Connor McDavid for his potential to completely change the face of a struggling franchise. It has led to speculation that some teams are doing everything they can to improve their chances of landing Bedard in the upcoming draft lottery by tanking as hard as possible.

And after witnessing the Islanders’ 1-3-0 road trip, which saw them look completely unprepared, underwhelmed and outclassed for much of every game – are we sure they’re not one of them?

OK, maybe that’s a bit extreme. But honestly, the islanders should be a little mortified at the way they played on their Pacific Division road trip through Seattle, Vancouver, Edmonton and Calgary. They’re coming home with a long list of problems that, if they don’t figure it out soon, could quickly find them well outside of the playoff position in the embattled Metropolitan Division. Four of the five games on an imminent homestand are against solid clubs, including two, Dallas and Boston, who are in first place.

The Islanders started the journey hot, winning three straight games. This trip gave them the opportunity to declare on the road that they were ready to get into the overall standings.

Instead, at the official halfway point of a regular season that includes some extremely competitive, impressive moments and others where they look careless and lifeless, we now have a sense of what this Islanders team really is.

However, they haven’t even been that in their last four games and that must worry everyone in the organization. The troubles that plagued the Islanders at times earlier in the season were evident in losses to the Kraken, Oilers and Flames and even in the win over Vancouver where they were abysmal in the opening 20 minutes.

So what’s the problem and who is to blame?

As so often, it starts with the players in the dressing room. While from time to time a team can be expected to have a bad first phase, when it becomes a pattern, the first question that arises is why the veteran leaders aren’t finding a way to better prepare themselves and the younger guys around them around to change it. This is said to be a team with a strong dressing room culture. This means that such patterns should not arise. Why are they this season? Nobody seems to be able to answer that.

The first period in Calgary should have been the time for her to reverse the trend. Already in the first three games they had three bad starts. The Flames aren’t what they were a season ago. The islanders certainly knew goalkeeper Semyon Varlamov might need some time to settle in as he was playing for the first time since his December 17 injury. But instead of playing the puck responsibly, turnovers led directly to two of the Flames’ first three goals, and the Islanders were never able to catch up.

Power play remains terrible, now at a miserable 2-for-36 dip over the last 13 games, with little sign of it bouncing back despite recently revamped units. The penalty was a bit better, but there are still some problems there too. Since they didn’t concede a power-play goal in their first eight games of the season, the Islanders have had a 75.3 percent kill rate since then, or 19th in the NHL over that period.

The coaching staff might be feeling a little excited now, too, considering their boss has taken a few steps behind the bench in the past. And maybe they should. Poor starts and lackluster special teams also reflect on Lane Lambert and his assistants, as they are ultimately to blame. Lambert has tried running regular morning skates, he’s tried skipping them, he’s tried dropping players off between games, and he’s tried practicing between games. Some practices were boisterous, barking orders loudly, and others were much more docile. None of this seemed to work, at least not on a sufficiently consistent basis.

And let’s not let the management down here either. Lou Lamoriello’s reluctance to do everything could finally catch up with the team. There’s just no depth here. God love Hudson Fasching, who worked hard and was effective, but Hudson Fasching shouldn’t be in one of the power play units. Simon Holmstrom gave the team some responsible two-way minutes after his recall, but before he was injured he only managed one goal and one assist in 14 games.

Lamoriello’s solution to trying to deepen the Islanders’ roster in the off-season included the signing of Fasching – a good acquisition so far, if not exactly a franchise-changing one; the signing of Nikita Soshnikov, who is already back in the KHL, and the re-signing of Kieffer Bellows, who was quickly nullified and claimed by Philadelphia. Why he didn’t do more was a question at the start of the season that’s only getting bigger now.

Maybe some of the more experienced players on the team are a little too lazy. This is again a reflection on the management and the coaching staff. Lambert was trying to make a point early when he caught Josh Bailey just short of his 1,000th. NHL game (and a few more times in the weeks that followed) and removed Anthony Beauvillier. Now? There’s no way he can afford to do so when there’s none left other than Ross Johnston, who it’s already clear isn’t someone Lambert wants to add to the lineup.

The excuse of injury does not apply here either. Yes, the islanders are still missing a few key pieces. Adam Pelech has not been heard from since December 6 a month ago (which does not appear to be a long-term injury, at least by the organization’s standards). But according to NHL Injury Viz, the Islanders aren’t even in the top half of teams marred by lost man games.

Capitals hit half with more MGL than 15 of their last 21 full seasons and a higher $-weighted number than all but last year (which they’ll pass this week) – part of the growth, of course, but well ahead of most years pic.twitter.com/qxdpt9Jl9F

Points lost earlier in the season against non-playoff teams like Arizona (twice), Nashville (twice), Florida (twice), Detroit and Philadelphia are now catching up in the standings. That shouldn’t come as a surprise. What should be is it’s still happening mid-season with an experienced club who should know better.

Maybe the Islanders will find a way to be more consistent in the second half. Perhaps Lamoriello will decide this squad needs help and go out and acquire a forward or two. Maybe they’ll play better once they’re healthy, although just waiting and hoping everyone becomes available is a pretty risky way to do business.

In the meantime, there’s too much evidence at this point to suggest that the Islanders aren’t worth being considered a real threat to winning the Stanley Cup in its current form. And considering the age of the squad and the lack of high-end prospects in the system, they still should be, right?

(Photo of the Calgary Flames celebrating Nikita Zadorov’s goal and a 3-0 lead in Friday’s first period against the Islanders: Sergei Belski / USA Today)

https://theathletic.com/4066140/2023/01/07/islanders-mediocrity-blame-pacific-division-road-trip/ As the islanders settle into mediocrity, there’s plenty of blame

Modern alchemists: the furniture makers to watch in 2023

On this historic day, January 7, 1610, Galileo discovered the moons of Jupiter

Kyle Higashioka, Yankees hold on to beating the Rays after a 16-minute rules debate at No. 8 – Orange County Register