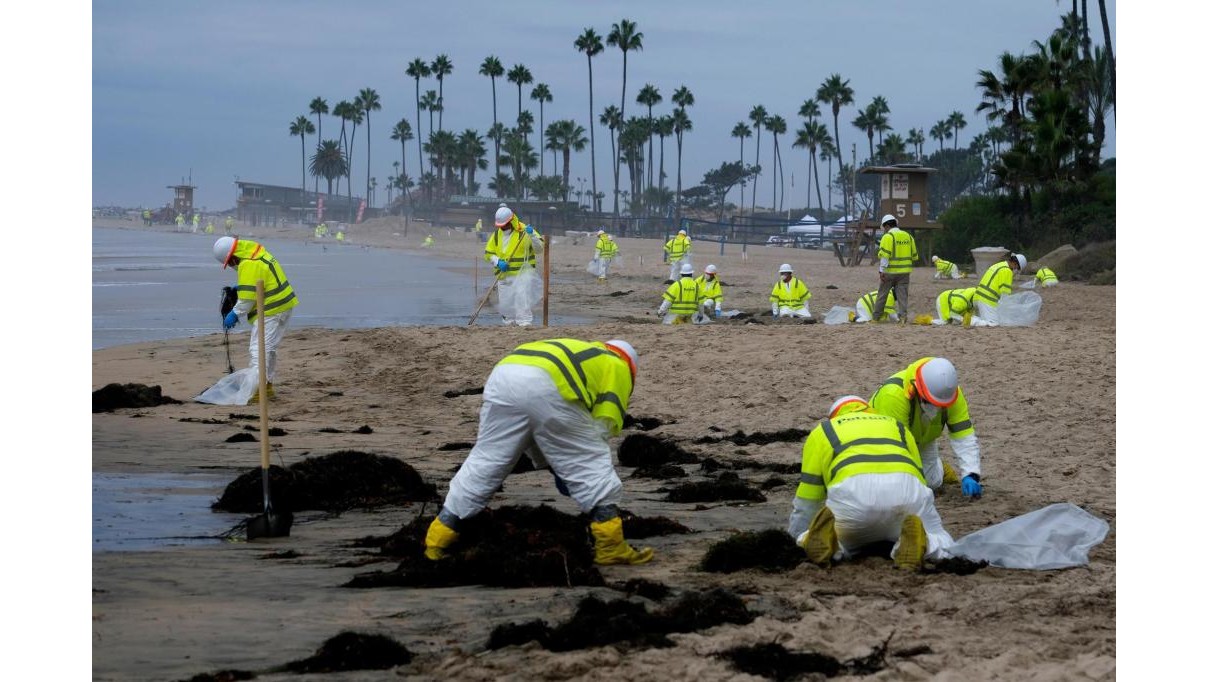 An undersea pipeline that ruptured last year and resulted in a 25,000-gallon oil spill off the coast of Orange County may soon be repaired, paving the way for local offshore drilling to resume early next year.

The US Army Corps of Engineers said Friday, September 30, that it will have the pipeline’s owner, Amplify Energy, remove and replace the damaged portion of the pipe from the seabed, a spot about 160 feet deep and about five miles offshore Coast.

This process is expected to take about a month. If repairs thereafter pass state inspections — including stress tests to prevent future breakage — Amplify hopes to resume operations in San Pedro Bay in the first quarter of 2023.

Although federal approval was awaited for Amplify’s bid to repair its 17-mile pipeline, local environmental activists have expressed frustration.

The company and state investigators said the pipeline ruptured after a ship’s anchor or anchors were pulled over the pipe from more than one ship months before the leak. But Amplify also recently pleaded not to contest federal and state criminal charges related to its response to the leak, and some activists don’t want Amplify or any other company to resume operations off the California coast.

A press release from the Center for Biological Diversity included comments from leaders of several organizations opposed to the new federal rule.

“As we have witnessed firsthand, the deteriorating and unproductive platforms off the coast of Southern California are a constant threat to human and wildlife health,” said Garry Brown, founder and president of Orange County Coastkeeper.

“It is long past time,” he said, “to shut down California’s offshore oil and gas infrastructure, and this irresponsible approval is a step in the wrong direction.”

Last month, the Tucson, Ariz.-based Center for Biological Diversity filed a lawsuit against the federal government, saying the drilling plans enabling oil operations in San Pedro Bay are outdated and a federal agency, the Bureau of Ocean Energy Management, has it These plans have not even been reviewed after last year’s oil spill.

In the lawsuit, the group also argues that drilling plans, written in the 1970s and 1980s, indicate that offshore platforms in the area should already be shut down.

It’s unclear what role, if any, this lawsuit might play in Amplify’s bid to resume local offshore operations.

About seven in 10 California residents oppose offshore oil drilling, according to a 2021 survey by the Public Policy Institute of California.

Small but nice! Tiny dogs compete in the Tiny Dog 500