Amazon issued gloomy sales forecasts for the remainder of the year, sending its share price down as much as 20 percent in after-hours trading on Thursday.

The e-commerce and cloud group was expecting sales of between $140 billion and $148 billion for the October-December period, which includes the crucial holiday shopping period. According to data from S&P Capital IQ, investors had expected more than $155 billion.

Amazon forecast current-quarter operating income could range from zero to $4 billion versus analyst estimates of $5 billion.

The results are the latest in a bloody year for the company’s traditional core business of selling products online and getting them to customers’ doorsteps. Amazon’s online store’s quarterly sales have been declining since the end of 2021.

Third-quarter revenue was $127.1 billion, up 15 percent from the same period last year but slightly below Wall Street expectations.

Amazon’s net income fell to $2.9 billion year over year, compared with $3.2 billion a year ago, and included a $1.1 billion increase in non-operating income from its stake in the electric vehicle maker Rivian.

The share price was already down 35 percent since the beginning of the year before Thursday’s plunge, reflecting a broader market downturn.

Amazon’s results were the latest in a dismal week for big tech stocks as macroeconomic pressures such as inflation weighed on the sector. “This is new territory for many consumers’ budgets,” said Brian Olsavsky, Amazon’s chief financial officer.

Chief Executive Andy Jassy said he was “encouraged by the steady progress we are making in reducing costs across our fulfillment network.”

But he added: “There is obviously a lot happening in the macro environment and we will balance our investments to make them more rational without jeopardizing our main long-term, strategic bets.”

Amazon’s cloud business, which partially offset weak retail performance for much of the year, posted worse-than-expected revenue growth and lower margins. Cloud revenue for the quarter was $20.54 billion, up 27.5 percent year-over-year. It was the first quarter the number has fallen below 30 percent and below analyst estimates since the end of 2020.

The unit has suffered from companies looking to reduce variable costs, Olsavsky said.

“We’ve started to see a lot of customers cutting their bills, and we’re happy to help with that,” he said. “That affects the short-term growth rates.”

While Amazon isn’t announcing a large-scale hiring freeze or sweeping cuts, it has slowed hiring in some units and in recent weeks has moved to shelving underperforming or experimental projects like its Scout delivery robot concept.

Olsavsky said the company has become “very cautious” about hiring companies. “We are preparing for a potentially slower growth phase. We are of course reviewing our cost structure and areas where we can save money.” 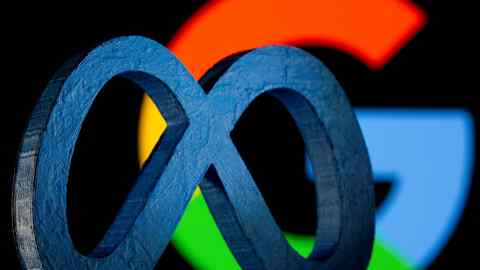 It has also reined in logistics costs after executives admitted earlier this year that they had exaggerated warehouse rents and other infrastructure investments.

However, spending in its priority areas, such as acquiring sports and entertainment content for the Prime Video service and expanding healthcare operations, has continued to grow. In July, Amazon announced it would acquire primary care provider One Medical in a $3.9 billion deal.

The disappointing results will cap a subpar first full year at the helm of Jassy, ​​who was succeeded by founder Jeff Bezos in July 2021 as Amazon’s challenges appeared to be coming to a head.

“The odds in this economy are telling you to shut the hatches,” Bezos tweeted earlier this month.

Shares of the Canadian group, which provides a software platform for online retailers, rose 17.3 percent on Thursday despite warnings that a strong dollar and other macroeconomic stresses would weigh on consumer spending.

Study: An estimated 1 in 10 older Americans has dementia

Shell suffers a drop in investor support for climate strategy

The FT’s quick guide to the UK mini-budget