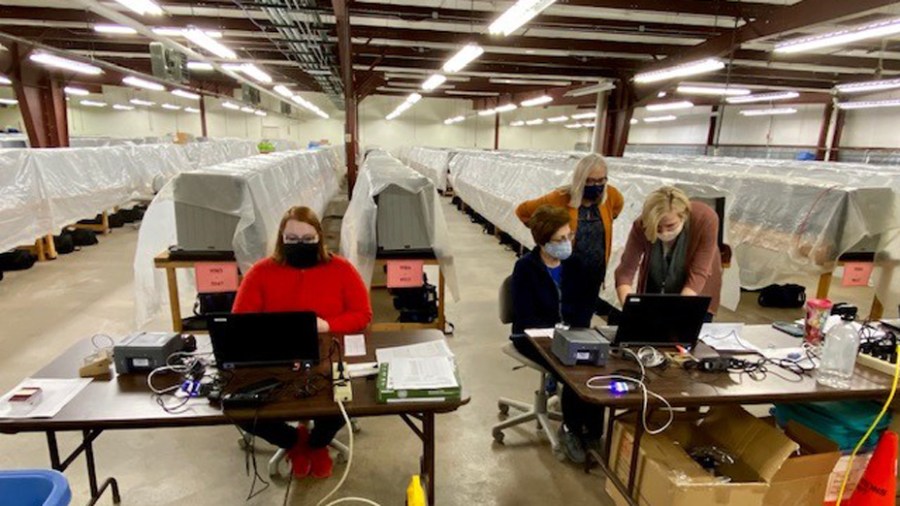 FORT WAYNE, Indiana (WANE) — Allen County election officials are investigating after the founder and CEO of the software company it uses to manage poll workers was arrested on suspicion of stealing data on hundreds of Los Angeles County poll workers.

Eugene Yu, 51, of Konnech Corporation, was arrested in Meridian Township, Michigan and being held on suspicion of stealing personal identification information while computer hard drives and other “digital evidence” were seized by district attorney’s office investigators, the office said.

Konnech is a small company based in East Lansing. In 2020, it won a five-year, $2.9 million contract with LA County for software used to track schedules, training, payroll, and communications for poll workers, according to Dean C. Logan, the county’s registrar-recorder/county clerk.

Konnech also has a contract with Allen County.


Allen County Election Board Director of Elections Amy Scrogham made this statement to WANE 15 on Wednesday:

“This morning we became aware of the problem with the provider Konnech. This software is used for managing survey workers. It is not connected to election results, polls or voting machines. We are further investigating the situation.“

The Los Angeles County Attorney’s Office did not specify what specific information Yu allegedly stole, but officials said it only involved poll workers, not voting machines or vote counts, and the election results were not altered.