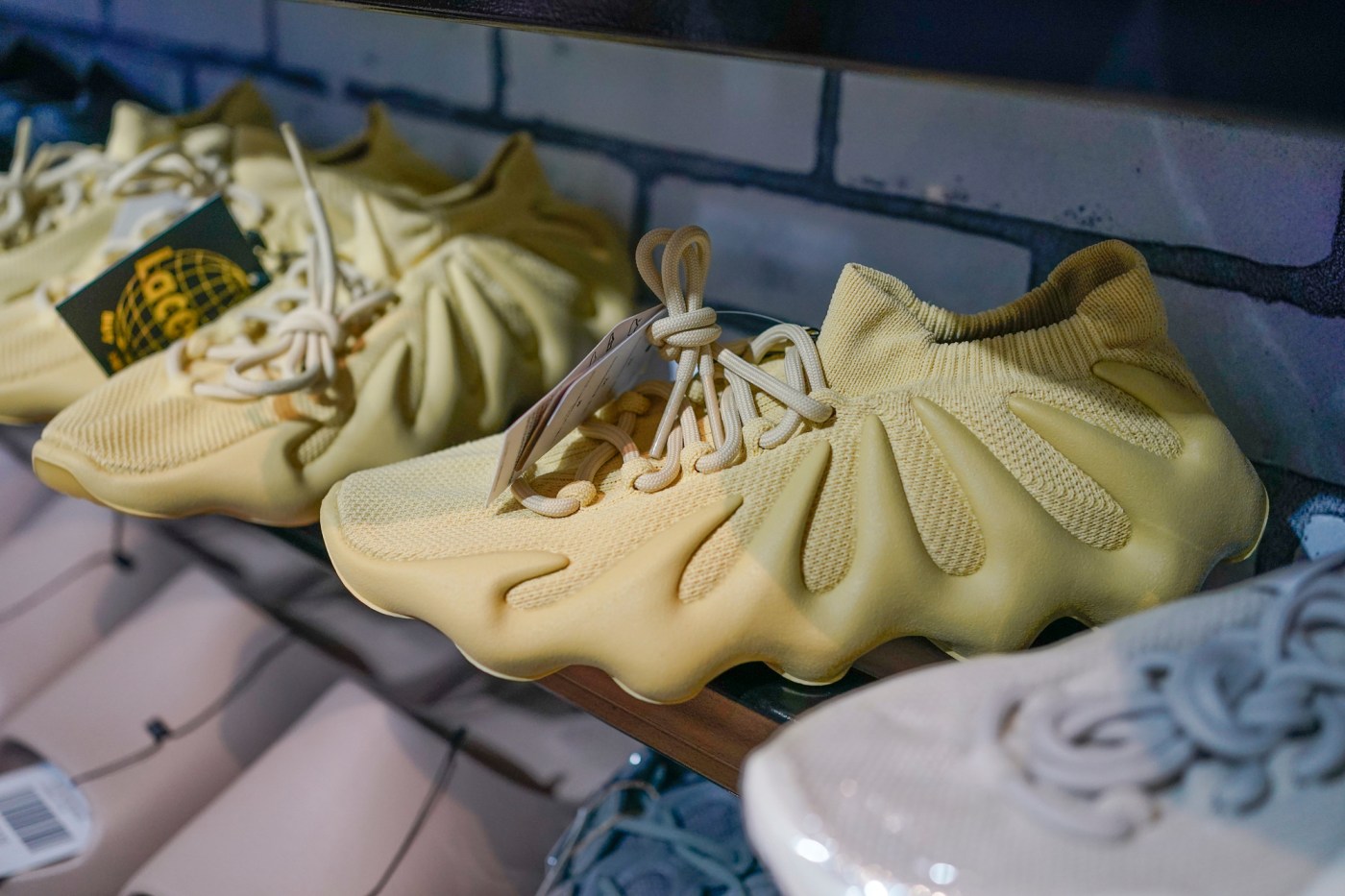 Adidas ended its sneaker partnership with Ye, formerly known as Kanye West, last month following the musician’s anti-Semitic tirade. But Adidas will continue to sell the lucrative sneaker and apparel line without the Yeezy name and branding.

The company said it is the sole owner of all design rights to the Yeezy line for both existing and future colors and versions. Selling the sneakers under Adidas’ own branding will save the company about $300 million in royalties and marketing fees.

“Going forward, we will use existing inventory, with exact plans being developed as we speak,” Adidas chief financial officer Harm Ohlmeyer said on Wednesday.

The Yeezy line was a key product for Adidas and the aftermath has hurt the company.

Yeezy products generated nearly $2 billion in sales for Adidas last year, which accounts for 8% of the company’s total sales, according to Morgan Stanley. The line also helped Adidas gain shelf space at major retailers and brought new customers to the stores who bought other Adidas merchandise.

The termination of the partnership cost Adidas more than $250 million in profit and $500 million in lost revenue, the company said on Wednesday.

On Tuesday, Adidas announced it would appoint a new CEO and bring in the head of Puma to succeed outgoing CEO Kasper Rorsted.

Norwegian Bjørn Gulden, 57, will be CEO of Adidas next year. He will have to find ways to replace Yeezy sales and turn the brand inside out. Adidas shares have fallen about 80% over the past two years.

It would be a mistake for Adidas to continue selling the line, said Darcey Jupp, apparel analyst at GlobalData.

“It should refrain from re-launching items under its own brand as they will always be synonymous with West, and this would likely result in subdued customer demand,” he said in a note to customers.

https://www.ocregister.com/2022/11/09/adidas-will-still-sell-wests-designs-minus-the-yeezy/ Adidas will continue to sell West’s designs, minus the Yeezy

Crunchyroll is ending free streaming with ads this spring