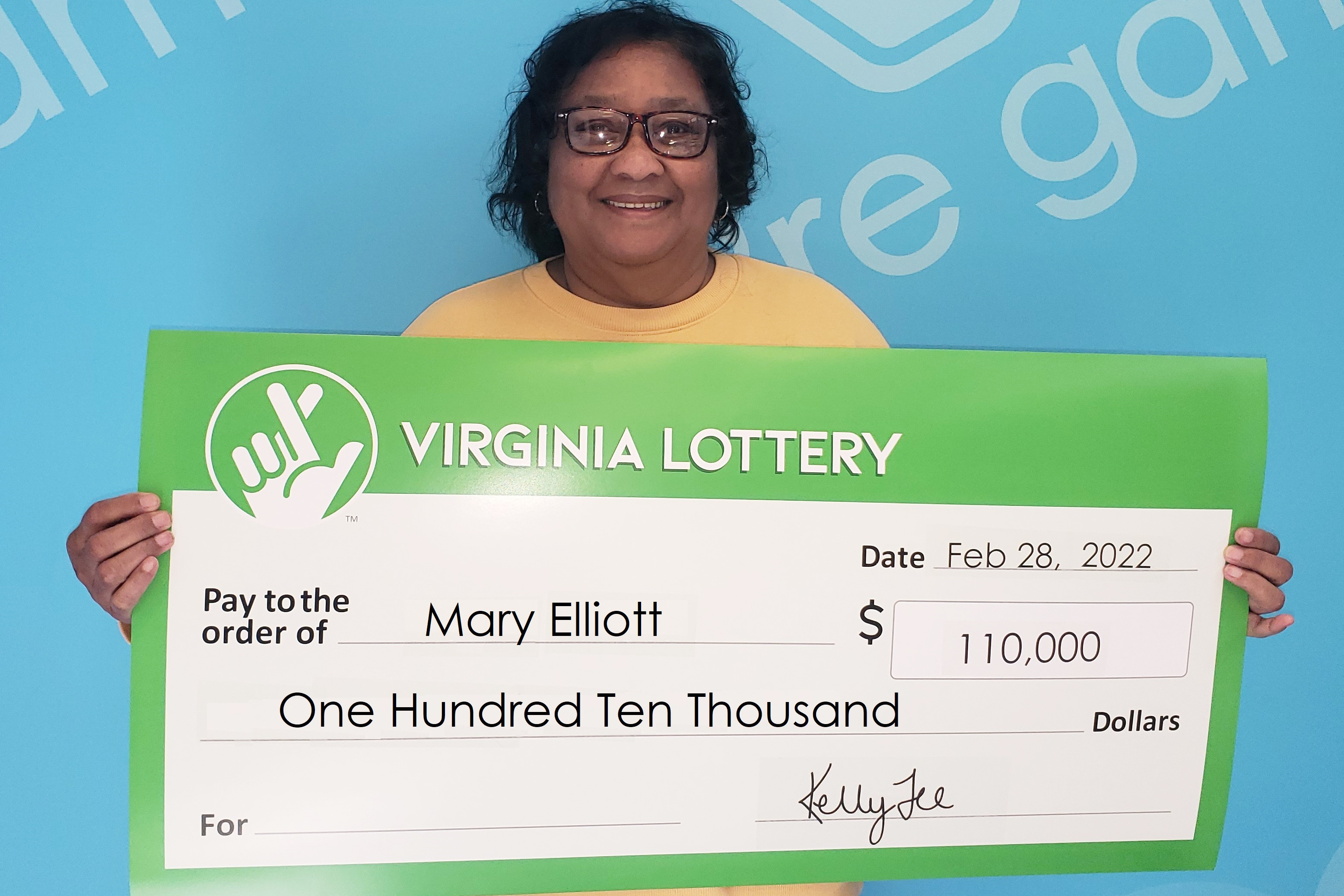 As the saying goes, “One man’s trash is another man’s treasure.”

And in the case of one Virginia woman, her trash contained a life-changing treasure: a $110,000 lottery ticket.

Buckingham County’s Mary Elliot panicked after realizing she’d won the top prize in the Feb. 24 Cash 5 with EZ Match game drawing, prompting her to go through her trash.

“When I saw that I had won, I couldn’t stop shaking to save my life!” she said in a Virginia Lottery Statement posted Tuesday.

She had bought her ticket from a Food Lion grocery store in Dillwyn, picking the numbers by birthdays that were important to her.

Luckily she found the receipt, but it was stained with coffee and the barcode wouldn’t scan when she tried to confirm her win.

Elliot took the ticket to the Virginia Lottery West Prize Zone in Henrico, where her win was confirmed and she took home her jackpot.

Elliot hit hard odds to claim the prize – a 1 in 749,398 chance of matching all five numbers, according to the Virginia Lottery.

https://www.nbcnews.com/news/us-news/virginia-woman-realizes-won-lottery-throwing-ticket-trash-rcna22795 A Virginia woman realizes she’s won the lottery after throwing a ticket in the trash