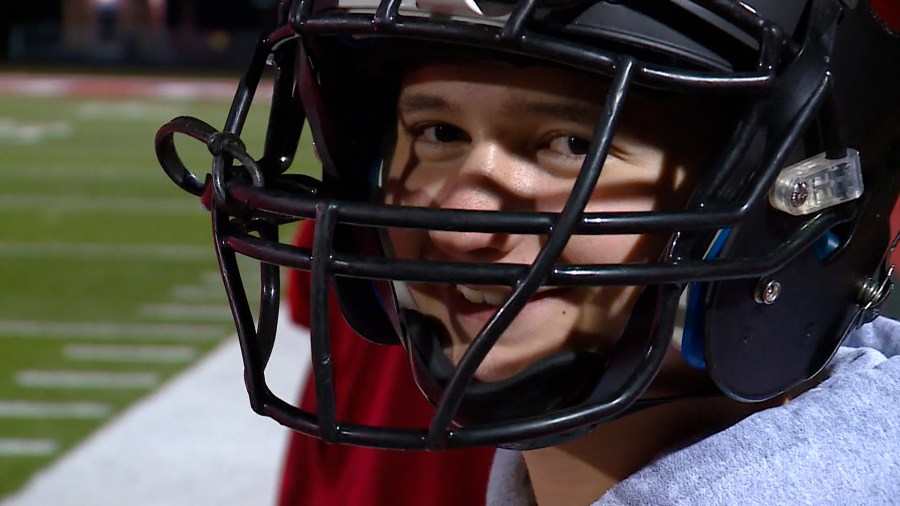 BLUFFTON, Indiana (WANE) – Just a few months ago, 16-year-old Yaroslav Serdiuk was living with his family in Ukraine and feared for his safety after Russian troops invaded his homeland.

Fast forward to last Friday night, and Serdiuk is something of a hero at Bluffton as the kicker helped the Tigers win the program’s first partial title since 1988.

It’s a hard-to-imagine success story for Serdiuk, whose family (mother, Victoria and sister Violetta) fled to northeastern Indiana in late July as part of the Uniting for Ukraine program to avoid their war-torn homeland.

Serdiuk came to Bluffton without watching American football, but with the help of head coach Brent Kunkel, he quickly became a valuable asset to the Tigers.

Kunkel enlisted the help of his friend Heidi Sprunger, a former college soccer player who spent time with the Athletes in Action program in Russia. Because of this experience, Sprunger speaks conversational Russian, which—along with her athletic background—enabled her to connect and communicate with Serdiuk.

The Serdiuks also receive support from their godfather family in the “Uniting for Ukraine” program, the Fiechters from Bluffton.

Originally the junior varsity kicker, Serdiuk is automatic since taking on primary varsity kick duties for Bluffton. He’s 20-to-21 on PATs this year and went 6-to-6 in Bluffton’s 42-35 win over Eastbrook last Friday. He’s also 1-on-1 in field goals and nailed a 29-yarder earlier this season.

While Serdiuk’s father and grandparents are still in Ukraine, there are hopes that they will be able to relocate to Bluffton soon. In addition, current regulations allow Serdiuk to reside in the United States for two years. His goal is to graduate from high school during this time. If he does not return to Ukraine with a diploma after two years, Serdiuk will be automatically drafted into his country’s military upon his return.

Bluffton heads to Bishop Luers in your Game of the Week highlight zone this Friday as the Tigers battle for the program’s second regional title.

https://www.wane.com/sports/local-sports/ukrainian-refugee-giving-bluffton-football-a-boost/ A Ukrainian refugee gives a boost to Bluffton football

Twitter users find themselves stuck with their holiday nicknames