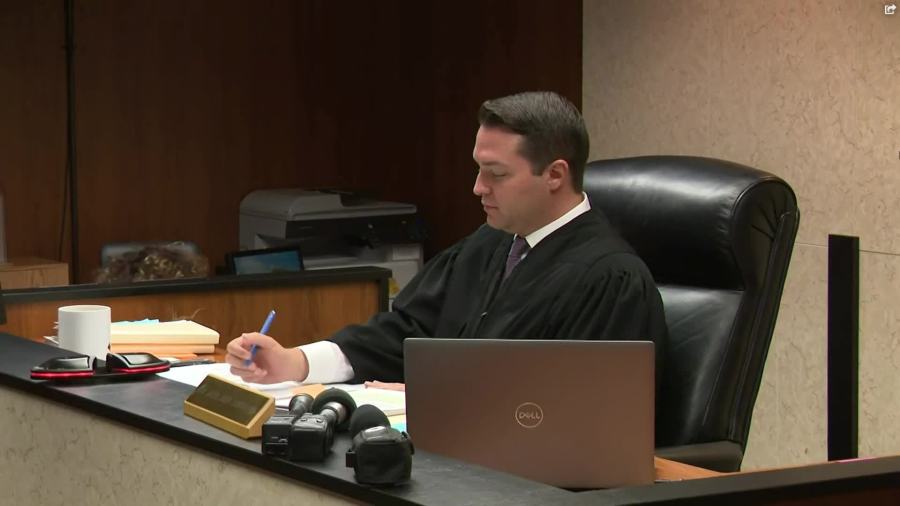 PONTIAC, Mich. (WOOD) — A judge on Friday will decide whether to issue a restraining order to stop county prosecutors from pursuing abortion cases or scrap a restraining order altogether, allowing them to file charges until the state courts rule on Michigan challenge in 1931 ban.

In response, Gov. Gretchen Whitmer’s attorneys applied for an injunction, which a judge granted. The motion found that the Court of Appeal did not rule on the constitutionality of the abortion ban Whitmer and Planned Parenthood of Michigan have contested.

On Thursday, Whitmer’s attorneys said the 1931 Act provides penalties for crimes involved in “causing a miscarriage,” other than saving the mother’s life, but the definition of a miscarriage is vague. Doctors wondered if they could be charged for treating cases like ectopic pregnancies.


“One of the most common scenarios would be an ectopic pregnancy, that is, a pregnancy that is not intrauterine but is somewhere else in various extrauterine locations, which by definition is not a viable pregnancy and poses a risk of life-threatening and other serious complications if left untreated stay,” said Dr. Diana Nordlund, Doctor of Emergency Medicine.

She said prompt treatment in these cases is important.

“Sometimes it can be treated with medication,” Nordlund said. “In other cases, the patient is not a candidate and then a procedure would be required.”

Attorneys representing the county’s prosecutors argued that the restraining order was moot. They said the state’s constitution currently contains no protections against abortion.

They also presented a witness who said that ectopic pregnancy termination would not be considered an abortion.

“As an obstetrician/gyn, none of us ever talks about treating a pregnant woman who is having an ectopic pregnancy as an abortion. It’s not,” said Dr. Gianina Cazan-London, who specializes in high-risk pregnancies. “We treat ectopic pregnancy as a medical therapy indicated to save the mother’s life. So you can ask any gynecologist, in my opinion this is not an abortion, this is a treatment for a life-threatening condition in the mother.”

The prosecution’s attorneys also argued that abortion negatively affects mental health and called a psychologist to the witness stand.

“(Abortion) is associated with an increased risk of deteriorating mental health,” says Priscilla Coleman, who has a Ph.D. in developmental psychology of the lifespan, said. “Not every woman who has an abortion will have a mental health problem. There are now a number of well-established risk factors. We know the women who are most likely to suffer from it: they are usually young; they tend to be forced; they tend to be ambivalent about the decision; They tend to believe in the humanity of the fetus. These are risk factors that are not isolated in the literature.”


Whitmer’s attorneys argued that the 1931 law was so vague that it was harmful and its enforcement should therefore be suspended.

“The law is incredibly vague and puts vendors in a very, very difficult position, and that difficulty is then passed on to customers,” the attorney said.

“We are seeking an injunction,” Whitmer’s attorneys said in closing arguments. “All that is being asked is to preserve the status quo while this court has an opportunity to consider the very important legal issues before it. It is a pause lest irreparable damage occur while the court gives due consideration to these important issues that lie ahead.”

The prosecution side argued that abortion was never the status quo in the state of Michigan because abortion rights came from the federal government, which ended with the overthrow of Roe v. Wade ended.

“I understand your reason for wanting[the restraining order]but legally there is absolutely no basis for it,” said attorney David Kallman.

He cited several court cases that upheld the constitutionality of Section 14, part of the 1931 prohibition.

“There is little to no reason to question the constitutionality of Section 14… Section 14 was in effect before, it was in force during Roe v. Wade is valid and it is still valid today,” he said.

The judge said he would announce his decision at 10:30 a.m. Friday morning

https://www.woodtv.com/news/michigan/judge-to-decide-friday-if-prosecutors-can-pursue-abortion-cases/ A judge is scheduled to decide on Friday whether prosecutors can prosecute abortion cases

Big summer gains will give Biden some breathing room in 2024

Visitors to the world’s tallest tree, Hyperion, face a $5,000 fine, according to California’s Redwood National Park

SF Giants have become a target for reclamation pitchers