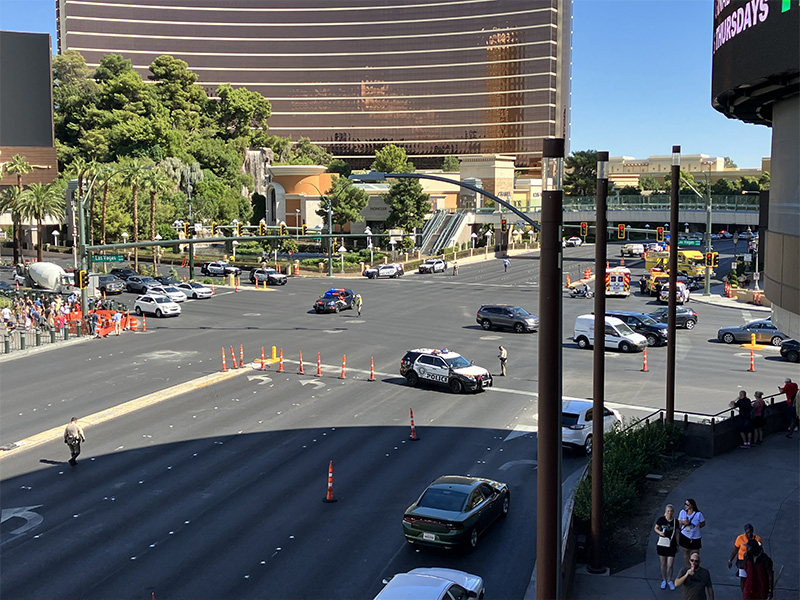 Surveillance video of the suspect running from the scene was released by the Las Vegas Metropolitan Police during an afternoon news conference. Sheriff Joseph Lombardo described the suspect as a Hispanic male in his 30s who does not appear to be a local resident. Sheriff Lombardo said police are still trying to verify the man’s identity.

Deputy Subway Chief James LaRochelle said the first stabbing was unprovoked and occurred around 11:42 a.m. on the east sidewalk of Las Vegas Boulevard in front of a casino. The suspect then reportedly headed south and stabbed other victims.

The suspect was being chased by witnesses who called police as he ran away, officials said.

Lombardo said the victims were a combination of locals and tourists.


Five victims were transported to University Medical Center. According to Scott Krebs, UMC’s PR director, one patient has died, another patient is in critical condition, two are in serious condition and one is in fair condition.

The conditions for the other two victims were not made public.

Jason Adams said he witnessed the attack and one of the victims was a showgirl.

“This guy came, ran up and started stabbing this lady in front of me and she ran around the escalator trying to get up under the bridge and her friend was trying to help her.”

He said it all happened very quickly.

Our hearts go out to everyone affected by this tragedy. At the state level, we will continue to work with law enforcement partners to make resources available on the ground to ensure the Las Vegas Strip remains a safe and welcoming place for all.

Our hearts go out to everyone affected by today’s tragic incident on the Strip. Our destination has always made the safety of our residents and visitors a top priority. As of this writing, all indications are that it was an isolated incident committed by an individual who was arrested.

Did Tengen Uzui die in the manga?

Why DuSable’s LSD construction is praised by bike safety advocates