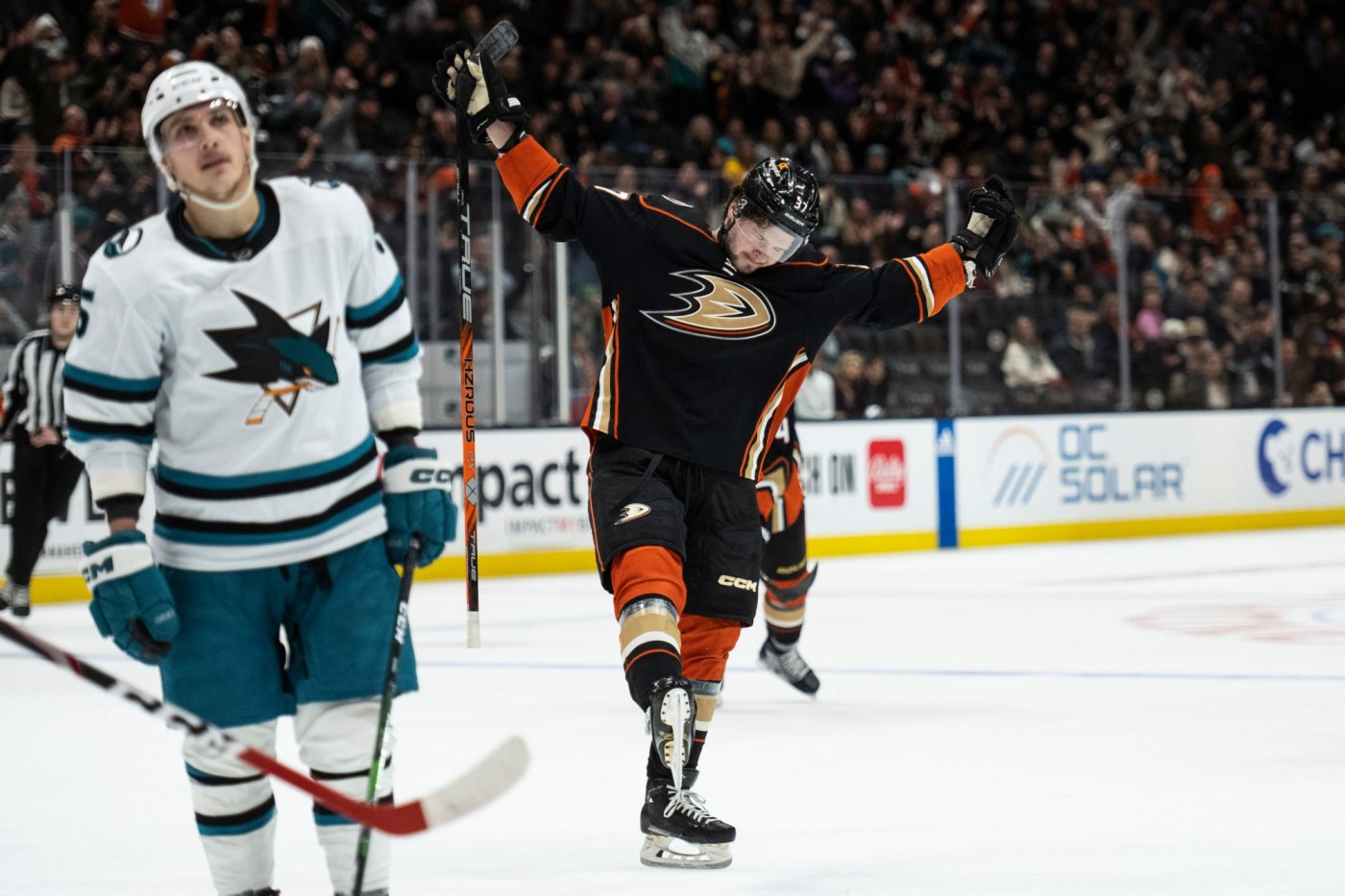 The current homestand doesn’t just feel like the longest for the Ducks. With 10 games, it really is the longest in franchise history.

Three games remain – Boston on Sunday, Edmonton on Wednesday and New Jersey on Friday. The Boston game will be highlighted by the return of defenseman Hampus Lindholm, who will play in Anaheim for the first time since moving from the Ducks to the Bruins in March. Lindholm played against his former teammates in the Bruins’ 2-1 shootout win in Boston on October 20.

And so, with the first seven games of the 10 on the books, here are seven thoughts and observations on the front end of the Honda Center run:

Ducks rookie center Mason McTavish took it to the next level in this home stand with five goals in seven games, including three in the last two in victories over Dallas and San Jose. McTavish, who scored two goals and added two assists against the Sharks, became the second youngest player in Ducks history with a four-point game, according to the NHL’s Morning Skate. The youngest? Stanislav Chistov, on October 10, 2002, at the age of 19 years and 176 days.

That promptly sent us down the Chistov rabbit hole. Chistov’s four-point, one goal, three assists came in the Ducks’ season opener against St. Louis and was the highest scoring in an NHL debut since 1977. Chistov finished the rookie season with 40 points (12 goals, 18 assists) but never consistently delivered on the promise he made on his debut and plummeted in his sophomore season.

Two dates to circle on your calendar: March 7th, four days after the close, and March 30th. The Ducks will play the Kraken and Matty Beniers both days in Seattle. The Seattle Star Center and McTavish are double winners in the NHL’s rookie scoring race, with Beniers leading into Saturday’s action by two points.

Another player who was firmly in the rookie mix – the Coyotes’ Matias Maccelli – suffered a lower body injury just before the holidays and could be out for six weeks, according to PHNX Sports’ Craig Morgan.

When asked if he pays much attention to rookie racing, McTavish said, “Not really. To be honest, I only have a few buddies in the league, my age, and I just go see how they’re doing.”

The only good friend McTavish specifically mentioned was the Columbus Blue Jackets’ Kent Johnson, who has 16 points in 34 games. Columbus happens to be the third stop – on January 19th – on the Ducks’ upcoming voyage.

Injured defenseman Jamie Drysdale spoke about how McTavish and Trevor Zegras are usually the last players on the ice in practice. It looks like they’re developing a brotherly dynamic, but Ducks coach Dallas Eakins had a better description.

“The way he and Z go at each other, they’re like two little puppies playing together, right?” Eakins said Thursday. “One (puppy) runs over and bites the other one… He (McTavish) has a lot of kids in him too.”

Looks like someone lost one #WorldJuniors bet 😂#Fly together | @Open door pic.twitter.com/2KevXkYs8m

Of course, Zegras also has a lot of child in it. You never know what he’ll do on the ice, so it shouldn’t have been too surprising that he was penalized for taking an opponent’s stick in the game against Dallas.

“I was there asking the referee for a Z,” Ducks forward Ryan Strome said with a smile. “We couldn’t do anything about that.”

“He (Crowley) was a Rangers draft pick,” said Ryan Strome. “I met the guy and he was like, ‘Your brother scored that goal. It was pretty funny.’ I said, ‘Oh, that was you.’”

Drum roll… the Ducks’ penalty shootouts are no longer bottom of the league. PK is now 29th and heading into action on Saturday, ahead of Seattle, St. Louis and Vancouver. The Stars were 0-4 on the power play against the Ducks on Wednesday and the Sharks went 0-2. Anaheim has allowed one power-play goal in their last six games, resulting in a 6-1 loss to the Predators on Dec. 12 30

Where from: Honda Center

There’s always something to see at Grizzlies’ Ja Morant

Cavaliers rookie Evan Mobley lets his play do the talking