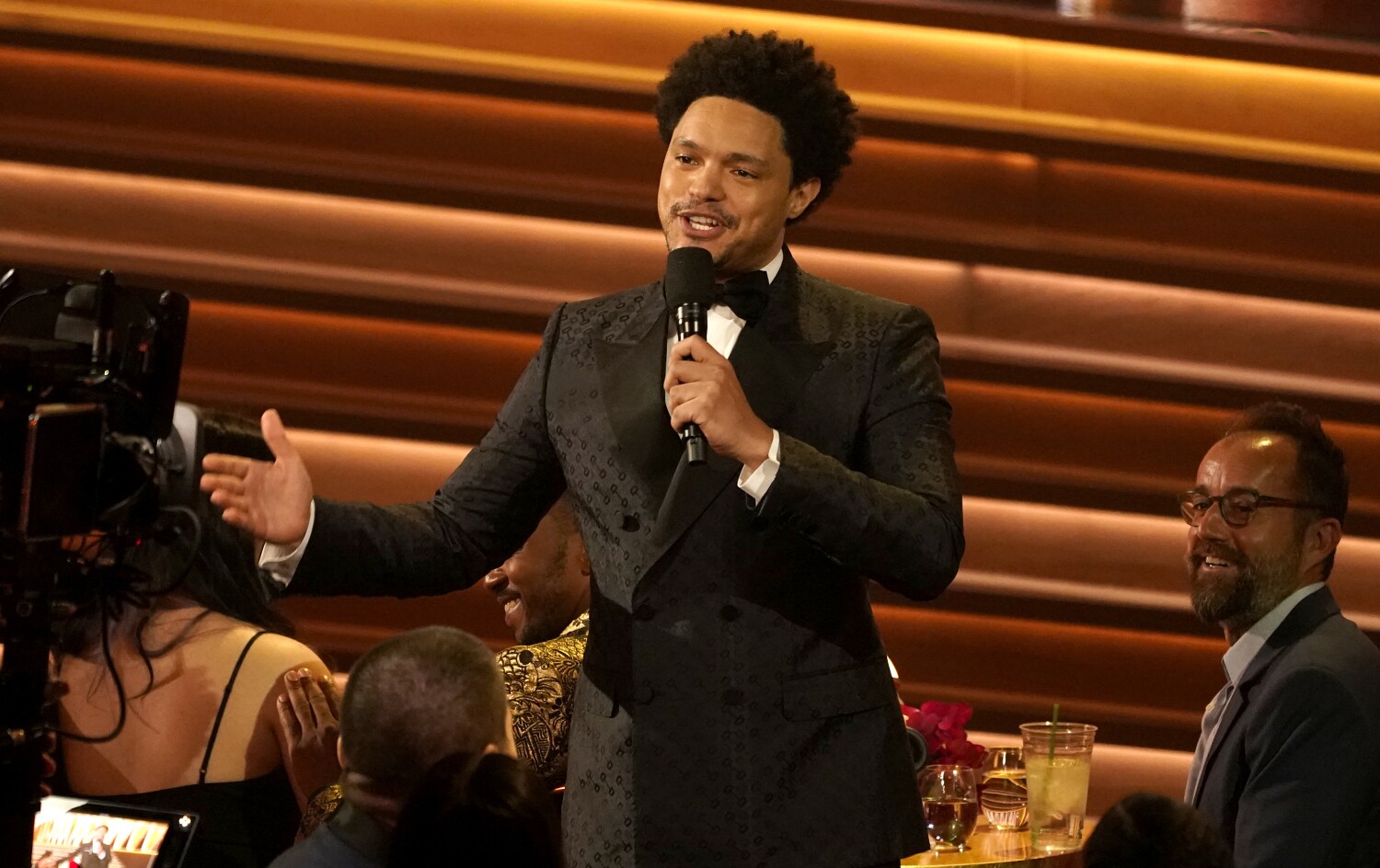 Television viewership for the CBS broadcast of the 64th Grammy Awards will be only slightly above last year’s all-time low.

Early Nielsen data showed the CBS show averaged 8.93 million viewers, a step up from the comparable figure of 8.8 million in 2021. The final figure last year was 9.2 million viewers.

CBS estimates that this year’s show will reach 9.6 million viewers when you add in the data on out-of-home viewership, a 4% increase from last year. The number includes people who live streamed the event on Paramount+ and other platforms.

Such an increase will represent only a small fraction of the 60% increase ABC saw for its March 27 telecast of the Oscars, which averaged 16.6 million viewers.

The 2021 awards ratings crater was tied to COVID-19 health protocols that required attendees to wear masks or accept their honors from remote locations.

But the erosion of live television due to consumer migration to streaming video platforms means the awards shows it once attracted may no longer be within reach of huge audiences.

Unlike the Oscars, there was no seismic incident at this year’s Grammy Awards, hosted by Comedy Central star Trevor Noah at Las Vegas’ MGM Grand Garden Arena.

The Oscars sparked a worldwide scandal when Will Smith came on stage during the ceremony and slapped presenter Chris Rock, who had made fun of Smith’s wife Jada Pinkett Smith and her cropped hair. Smith later won the Oscar for Lead Actor and received a standing ovation to cap the most bizarre night in Oscars history.

The incident added viewers to the tail end of Oscars programming when viewing normally falls off, but the program was already on track to show an improvement over last year.

The massive national discussion over Smith’s slap reminded viewers of the unpredictability of live television events, which could have increased interest in the Grammy Awards.

But the Recording Academy eliminated what was probably its best chance for a viral moment when it pulled Kanye West as a cast member for what it described as “regarding online behavior.”

Breakout star Olivia Rodrigo received Grammys for Best New Artist, Pop Vocal Album and Pop Solo Performance. Jon Batiste, the bandleader of Late Show with Stephen Colbert, was named album of the year for We Are.

The evening also saw a speech by Ukrainian President Volodymyr Zelenskyy, which was preceded by performances by artists from his country.

What happened to Andy MacKintosh? The former Scotland Shinty defender has passed away