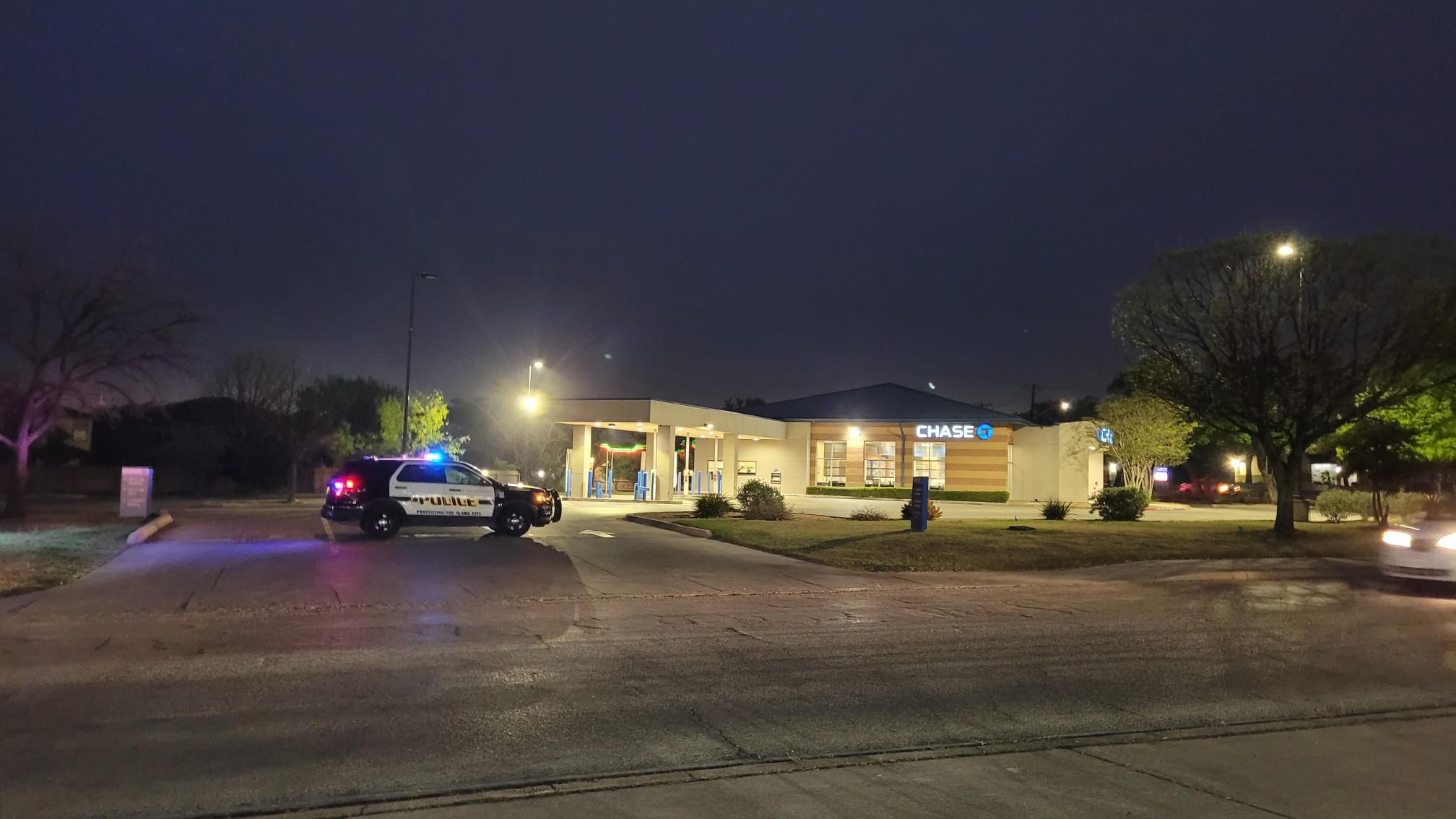 SAN ANTONIO – San Antonio police say they have a “person of interest” in custody in connection with the theft of a North Side bank ATM.

They made the arrest within an hour or so of Monday morning’s theft.

Police were originally called to Chase Bank on the corner of Jones-Maltsberger Road and Thousand Oaks at around 3:45 a.m. regarding an ongoing robbery

When officers arrived, they noticed that the entire ATM had been taken from the bank’s drive-through.

They were able to follow a trail of skid marks in the grass and road and found the stolen machine down the road, still chained to a pickup truck.

It appears that the thieves drove the truck with the ATM trailing behind them.

Police say they received a tip about a second vehicle involved and later found that vehicle at an apartment complex across town on Jackson-Keller Road.

They took the driver of this vehicle into custody as a “person of interest”.

Officials said they were still looking for several other people in connection with the ATM theft.

https://www.ksat.com/news/local/2022/04/04/1-person-in-custody-after-theft-of-money-machine-from-north-side-bank/ 1 person in custody after North Side Bank ATM was stolen

Fire damages home on Northwest side of Fort Wayne