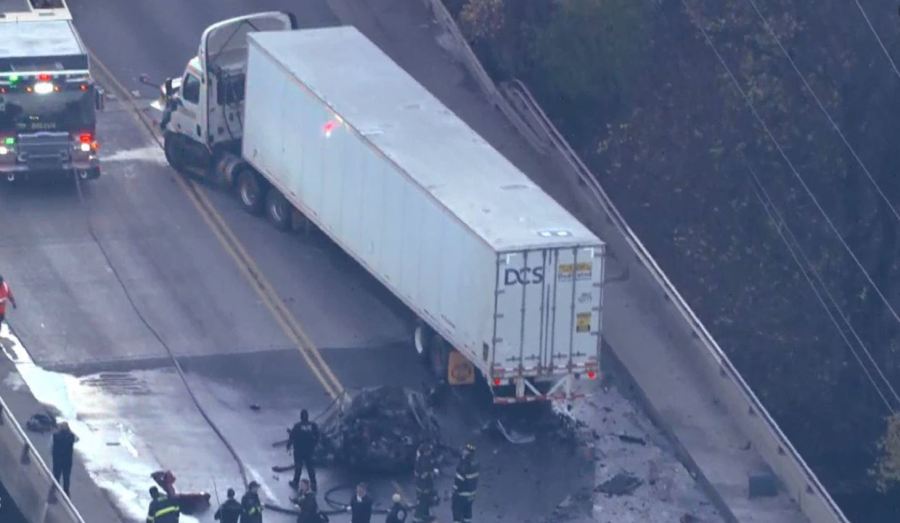 DOLTON, Ill — One person was killed in a high-speed tractor-trailer accident in the southern suburb of Dolton on Wednesday morning.

The accident happened on Sibley Boulevard near Wentworth. Police said a driver of a vehicle believed to be speeding crashed into another car, then spun and collided with a semi-truck traveling in the opposite direction.

11 car thefts were reported in the same area where police, which Lightfoot’s security detail was involved, were shooting


The driver’s vehicle burst into flames and they were pronounced dead at the scene, according to police.

No other injuries were reported at this time.

The crash is being investigated.

https://wgntv.com/news/south-suburbs/1-killed-in-fiery-crash-involving-semi-in-dolton/ 1 killed in a serious half crash at Dolton

The excitement for Black Panther: Wakanda Forever mounts in theaters on November 11th

ACME by Full Circle reopens where neighbors have met since 1941